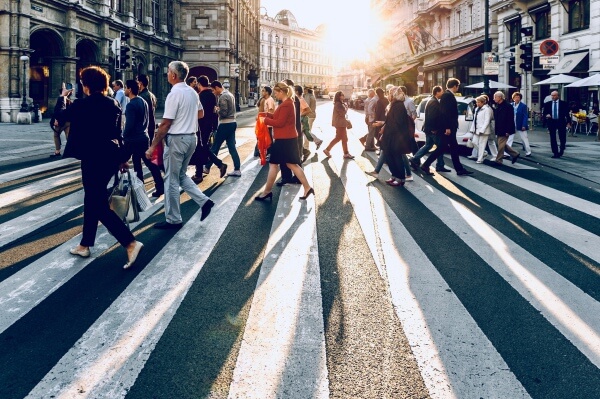 It could be a great riddle at your next cocktail party:

How can it be true, that most Americans live in a large metro area while most Americans also live in a small town? At this point, while most of your guests give you a befuddled look and figure it’s a trick question, you can pull a type device out of your hat and yank a few authorities on the subject from the end of the punch bowl line. Enter Wendell Cox, contributor to New Geography, and Adam Milsap, writer for Forbes Online (linked text).

Cox would tell your guests, “It is true.” He’d then explain that if you look at a map – okay, load your punch bowls and imagine you’re back in college for a minute – but if you look at a map of “combined metropolitan statistical areas” – Got that? picture a jigsaw puzzle of the U.S. that ignores “the home, home on a range” areas and instead includes only highly populated areas, but if you look at the U.S. this way, more than 80 percent of the nation’s residents are accounted for. In other words, more than 80 percent of Americans live in large metro areas.

Ok. Now start looking at these same areas with an “Objects in Mirror Are Closer Than They Appear” perspective. In other words, discount the boundaries of the metro area such as Greater Boston, Greater Los Angeles, Greater Hartford. You get the pattern, pick a city and throw Greater in front of it. Which sort of makes you wonder what happened to Great Boston and Great Los Angeles – ignore the outer lines of whatever Greater Fill-in-the-Blank metropolitan area you’re thinking about (areas which have no legislative ties, by the way) and instead look at the map of jurisdictions, which are defined by governing bodies. In other words, look at all the little towns that make up the Greater Metro Area.

Over one-half of the American population lives in a jurisdiction of less than 25,000 people(1) even though most Americans (80%) live in large metropolitan areas.

Separate Riddle (with big time consequences): Would it make more sense to consolidate these jurisdictions? Or more simply, “Do Towns Save Anything by Merging Together?” Can’t you hear the girl who loved accounting yelling, “Economy of Scale! Economy of Scale! (Can this be reworded)”

As Wendell Cox notes (don’t worry Adam, we haven’t forgotten forgotten about you), local governing authorities oversee many of the services that impact our daily lives; schools, roads, and waste disposal, for instance.

Seems to make sense. And many neighboring towns, cities, boroughs, villages, townships, rabbit warrens and whale pods consider consolidating their independent jurisdictions into a single local government. They hold meetings. And they meet. And they talk. And they even vote (sometimes). But, few consolidate. How few? There are currently about 40 acting consolidated jurisdictions in America(2) and over 34,000 local governments that preside over populations of 25,000 residents or less (1).

Sounds like a women’s UConn basketball score. What gives? It turns out that the National League of Cities also admits – without being pressed, to their undying credit – that, at least in the short-term, municipal expenditures increase under consolidation. Not only that, there is no data or evidence to support long-term financial benefits, or that any of the other suggested possible benefits are likely to occur as a result of consolidation.

Wendell Cox (again) quantifies the numbers behind the expenditures of large vs. small: Larger jurisdictions often spend up to twice as much per person as their smaller counterparts. This seems to go against a somewhat instinctual notion that economy of scale should apply to the streamlining of any process.

While it is often the case in business that increasing production, or efficiency, results in proportionate savings, it has not proven true for consolidation of government. 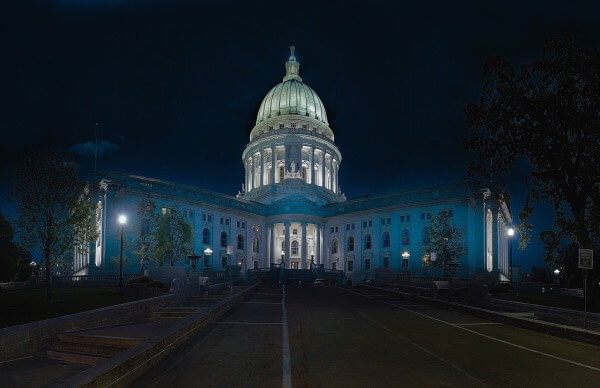 So, why do small jurisdictions seem to function more efficiently than larger ones?

Adam Milsap it is your turn to shine. Competition between local governments over residents and businesses results in higher efficiency of operation (3). Think of this as pride of ownership. My town is better than your town. Our schools are better. Our taxes are lower, but our streets have fewer potholes. We are friendlier to business. We have greater income growth where we live. Hooray for us! (Hey, is it really a shock to the system that governments act like people and pay more attention when they take pride in where they are, know each other and are closer to home?)

Does this mean it never makes sense to consolidate? The National League of Cities argue it is possible to consolidate local governments while maintaining autonomous authorities and boards (2). In other words, if it were possible to maintain a healthy competition between neighboring jurisdictions by conserving separate departments across formerly independent jurisdictions, might there still be a point to consolidating Seems like a big “if”. (Sort of like, if the Yankees and Red Sox could combine their scouting departments while maintaining autonomy in draft selections, couldn’t they save a few dollars?)

Milsap points out that if we are looking to lower government expenditure and increase efficiency, there is evidence that refining the government processes that are already in place works (3). If the common goal is to improve our governing bodies, focus should perhaps lie in refining existing structures to better suit localized needs, at least until clear benefits of consolidation can be determined. Since your finding this blog on a site about making Congress more efficient at the district level, you think there might be a lesson in here.